Warning: Trying to access array offset on value of type null in /home/designmo/public_html/wp-content/plugins/wpdiscuz/utils/class.WpdiscuzHelper.php on line 357 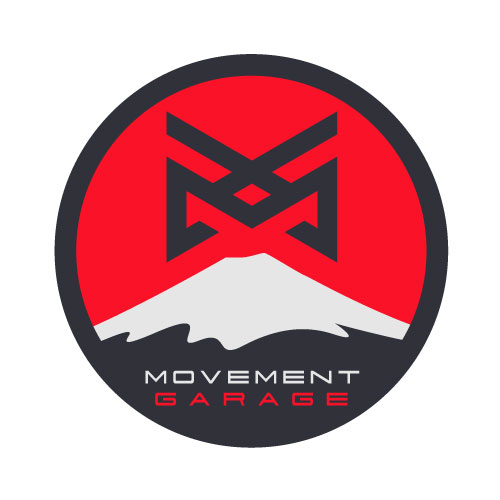 GRC – A Jump That Ate Rally Cars for Breakfast

by MovementGarage / Monday, 03 May 2021 / Published in Movement Garage

I remember walking onto the track for the first time back in 2011. The newly created Global Rallycross Series finally arrives to the US on a national venue stage with big names and major factory sponsorship support like Ford, Subaru, Dodge, Hyundai and later VW. Looking over Irwindale Speedway, it was completely transformed. The normally paved infield was now covered in tons of dirt and gravel. High banking, high speed turns lead into hairpin transition zones where anything loose like bumpers would get ripped off or even worse a tire becoming debeaded. I will never forget having my face planted on a telephoto lens and leaning a fast lesson not to be standing in a gravel exit zone as golf ball size rocks go flying past my head. Luckily I was standing behind a barrier wall to duck behind.

At the center of everything were two giant mounds elevated to launch drivers across a 70 foot gap. Timing, direction and speed were everything. Too much or not enough throttle would cause a bone crushing impact to the inside landing pad or overshooting tilting the car forward kissing goodby to most of the front end.

The big jump came in two forms, dirt and metal and it loved to eat rally cars for breakfast.

With something new means someone would have to go first. If memory serves me right Tanner Foust was that driver. With the entire paddock, series organizers and fire crews watching, Tanner makes the right hand turn, lines up center and floors it. Liftoff! A sudden silence and strong tension comes over every. Even goosebumps form on my arms watching it. Will he make it?!?

He had just enough but it was not a reinsuring speed at that. Afterwords the drivers debated the optimal speed you need to be at as you approach the takeoff ramp. Hesitation, over correction, nervousness, and bumper to bumper racing was going to make this the series fatal attraction.

Later that day, the infamous jump would claim its first victim. Jimmy Keeney and his 2006 Subaru WRX STI would be that driver. Scary for all, not having enough speed caused a belly flop effect catapulting him end over end.

Watching a driver slowly exit is a tense moment for all but Jimmy was able to rebuild and return to GRC Seattle later that season.

Over shooting the landing was a common issue at each event as well. With front engine weight and the excessive air time, nose planting the front caused intercoolers to fold and chassis to break. I captured this first hand in 2012 at the SEMA GRC event in Las Vegas.

Luckily, most heats would result in little damage and exciting racing. The starts with 4 to 10 cars antilag launch control engaged was always my favorite.

One of the most infamous wrecks happened in 2012 at the X Games Los Angeles practice session. With the introduction of a steel ramp, the concept of a consistent, portable jump quickly turned into one of the worst moments of the whole series.

With no protective material at the edge of the ramp that would absorb a portion of the kinetic energy, Toomas Heikkinen came up short resulting in a sharp 70mph to 0mph impact dropping the vehicle into the gap upside down and into flames. You can feel the impact and watch as his team rushes to Toomas aid with no protective equipment on.

A special story mention goes out to Dave Mirra. I’ll never forget the bumpers flying off over jumps and the complete determination to race to the checker that Dave brought to the series. When Dave was on track it just made everything more exciting to watch. I’m sure Dave is still driving the wheels off of every Subaru from above.

As I was only involved in the first two season of the Global Rallycross, a ton of memories and lifetime friendships were formed.

If you have a story about being at a rallycross event, leave your adventure in the comments below.

What you can read next

ZION – One Day To Explorer It All